skip to main | skip to sidebar

Other Fish in the Sea...

“I think catch and release fisherman are heartless weenies. I think putting a fish through agony for nothing more than your own entertainment is just plain cruel. I think if you're going to torture a living thing if, you're going to make it look into the eyes of its maker, face its own puny little place in the universe, then, for God's sake, have the decency to eat it!” – Gray (Jennifer Garner), Catch and Release
The few times I’ve gone fishing I enjoy the views, the breezes, the sunlight warming me, and maybe even reading in the fresh air – but when there’s a tug on the other end of that line I want someone else to do the dirty work. I can reel it in, but I don’t want to take it off the hook. The way it wriggles freaks me out. I’m afraid of killing it if it is one to toss back, and I really don’t want to be the one cleaning it. Like Gray had said – you should have the decency to eat it not just put it through agony for no reason. Dating is a lot like fishing.

I had to contact the guy I was dating because I knew he was feeling the spark and I wasn’t. I wanted to respect him more than the guys from my past that just vanished, and I also have a tendency to run into him. He is a great guy, but just not the guy for me. Some people made me feel like I’m a jerk for wanting the spark and not continuing to give him a chance. “You know, the spark doesn’t last” is the statement I heard the most. So here is my BBQ Grill of Love Theory – you must have a spark to start a flame to get the coals burning. Hopefully you put down a good foundation lava rock. Yes, the spark does die out, but you got a steady burn going and every now and then you will see a spark. If you were smart you had some coals in reserve so that the fire doesn’t completely die out.
I’ve had the spark once with someone I can never be with, and about once a year he tries to get it going again. I know that I must have a bigger draw to the guy I’m dating than with the fire juggler. His flame is only a illusion, but it is very convincing. I guess I would rather be a catch and release weenie than to play with fire when it involves someone’s heart.

Happy New Year to all of you! I hope that 2011 brings you much happiness. Many people use the changing of the calendar year to reflect on the previous year and make plans to improve their life. I’m not going to talk about resolutions. Majority of the people don’t keep the ones they make, so why bother? Besides this is already January 4th and many have already been broken?

It seems to me our society expects us to make resolutions that we won’t keep, and that seems like a huge waste of time. It seems like if we don’t live up to the expectations then we are a wasted life. I got many lectures about my seasonal attitude from a lady at work. My family decided not to “celebrate” Christmas with presents. Just a bit of background my family consists of my mother and me. We both go out and by what we need/want, and have way too much stuff. We did go to Christmas Vigil services and we also talked about those we loved that are no longer with us – it was nice. My family will never look like a Norman Rockwell painting, so why try to pretend that we are? If we do pretend that we are it will never feel right and should be stamped with a huge “FAIL”. I will admit there are a few more things that could be done to get into the holiday spirit. Overall we are doing our best to celebrate the meaning and not the commercialization. We also joined the other misfit toys at some casinos.

Now I feel like I’m being encountered with the idea that that my life will suddenly change when the calendar switches years. (It didn’t) If that is the case then why do we need to have resolutions? Please don’t get me wrong, I’m all for making what you deem to be a positive change in your life. I also realize sometimes the changing of the calendar year is a good time to start, especially if you need to psych yourself up for something. However, even if I did follow through with two of the most popular resolutions – get fit and get organized – how much would my life change? I get the feeling that I would find something else in my life that needs to be fixed. How satisfied are we ever with our own lives?

To those reading this I hope 2011 is a year of great things to happen!

Merry Christmas to All 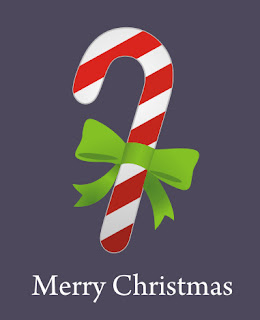 I enjoy sports, but I’m not a sports fan. I will watch a game on tv if it has one of the teams I like and either nothing else is on, or it is suppose to be a really good game. Outside of KU Jayhawk basketball the sport I follow the most is baseball. I love the fact it is in the summer time and the rules are pretty much the same for the professionals as it is for little league. Movies about baseball are great to watch and my favorite has to be The Sandlot. I love history, and baseball has a great history.

I will confess I don’t know a lot about the different teams. My three teams are: KC Royals, Boston Red Sox, and Chicago Cubs, however, I can be persuaded to add to the list. Royals are the home team, and you must root for them. The Red Sox and the Cubs both have fans that even when they sucked they were still loved, and they have chosen to keep their stadiums. I have not yet seen Wrigley Field and I plan to tour/go to a game when I finally make a trip to Chicago. I did have the opportunity to tour Fenway Park in 2007, and fell in love. I have been told by some Yanks fans when discussing why I can never be a fan because they tore down their stadium – they had the nerve to say Fenway was going to be torn down. Uh no, the owners realize the history and are sinking a lot of money into Fenway – they realize it won’t be the same if they tore down and rebuilt. After watching Under Cover Boss I think the owners of the Cubs realize the same thing with Wrigley. The only team that got the “I will still like you even though you destroyed your history” pass is the St. Louis Cardinals. They are my second home team and many of my friends are fans of the Red Birds. I’ve gone to games in the old and new Busch Stadium. I should have added them to my list above.
I’ve grown up going to games at Kauffman Stadium since I was in elementary school. I pretty much wasted my role of film taking pictures of the fountains at that first game. Every time I go to a game I remember that first trip. They’ve done a major remodel and it looks great, but we still have the features that make it The K – a view of I-70 and the fountains. Walking in and near the top you can see Arrowhead Stadium, home of the Chiefs.
Sunday, the Royals made the news. Zack Greinke is leaving the Royals for the Milwaukee Brewers. He played for the Royals for 5 years, and asked to be traded. Apparently he didn’t want to be on a re-building team anymore. I’ve watched many great players start out with the Royals and move on to better teams. There are very few players in any sport that are willing to stick to a team. I don’t buy shirts with a player’s name on the back because I know it will soon be outdated. I know they can get more money elsewhere, but I would like to see a real competition of talent and not just talented players on a team that pays. I’m disappointed, but I understand. When I hear the name Greinke I will remember he once played for the Royals just like Johnny Damon and Carlos Beltran. I wish Greinke luck in Milwaukee, and hope he doesn’t forget his beginning.
-Disaster Chick, Weekly Coorespondent
Contributed by Disaster Chick at 12:22 AM 3 comments:

For those that haven't caught the seasonal spirit yet!
-Disaster Chick, Scrooge Coorespondent
Contributed by Disaster Chick at 12:08 AM 1 comment:

Email ThisBlogThis!Share to TwitterShare to FacebookShare to Pinterest
Labels: Wednesday

My world is changing, and major announcements were made shortly before I sat down to write this that will change life as I know it to a certain degree. I usually welcome change, but can sometimes apprehensive. I think that is a normal reaction, because you never know how positive or negative those changes are until a little ways down the road. I like to think that I adapt well and go with the flow. What else can we do – yesterday is history and who knows what tomorrow will bring? We cannot live in either period – I’ve unsuccessfully tried before.

Living in the now is challenging. It is easy to look back and make the past better than what it actually was and long to return to that perfect time. The future holds endless possibilities, and in our minds can be utopia. Living in the moment is hard because there are things we just don’t want to deal with and procrastinate. How often do you step back, take a deep breath, and fully take in the moment you are living? Probably not often – let’s try to do that more!
I’m sure that everything is going to work out. There are just a lot of rumors and unknowns in my career at this moment. One of my oxymorans is that I’m a free-spirited planner. I like to have a general map or directions that I consider a guide, but not a requirement.

Good luck with that!
-Disaster Chick, Monday's Suck Correspondent
Contributed by Disaster Chick at 12:08 AM 1 comment:

Email ThisBlogThis!Share to TwitterShare to FacebookShare to Pinterest
Labels: Monday 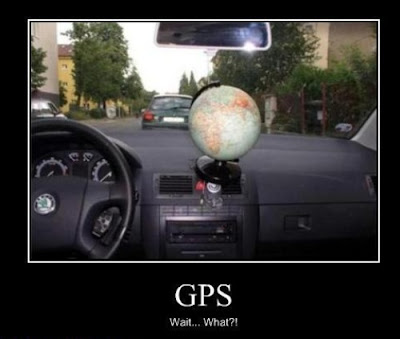 Have a great weekend!

-Doc
Contributed by Doc at 7:09 AM No comments:

"If you don't read the comments (and make your own) you are missing half the fun!!"

Click Here for the Birth of the Nickname Doc

Click Here for the Tale of the Cassette Tapes

Classic Doc and the Mt. Cat - The Archives